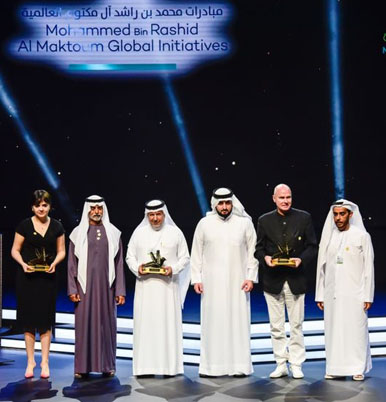 The first-ever Mohammad Bin Rashid Al Maktoum Tolerance Award was presented to winners in separate categories at a special ceremony at the Dubai Opera.

Dr Hubertus Hoffmann, founder and president of the World Security Network Foundation, from Germany was awarded in the Literary Creativity category.

In Human Thought, Dr Abdulla Bin Abdul Aziz Al Rabeeah from Saudi Arabia, who is an advisor to the royal court and supervisor general of King Salman Humanitarian Aid and Relief Centre, was the winner. Austria-based Syrian refugee and human rights activist Rania Ali was selected as the winner in the Aesthetic Arts category.

Eponymous with its founder and patron, His Highness Shaikh Mohammad Bin Rashid Al Maktoum, Vice President and Prime Minister of the UAE and Ruler of Dubai, the award ceremony was attended by a number of UAE ministers, representatives from various communities, including Sikhs and Dawoodi Bohras, as well as senior officials and students.

From wars to poverty, civil disorder to pollution, the event highlighted the issues facing the world today in a video and ended with a pledge that tolerance is the only solution for the problems of the world. It was soon followed by a striking performance of the melodious song, ‘Heal the World’, sung in multiple languages.

The award comes under the umbrella of Mohammad Bin Rashid Al Maktoum Global Initiatives in Dubai.