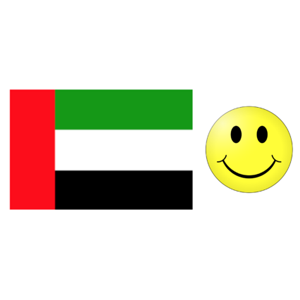 For the sixth consecutive year, the UAE has topped the charts as the happiest country in the Arab world as per the World Happiness Report 2020.

The United Nations Sustainable Development Solutions Network has been publishing this report for the past eight years. The UAE ranked 21 overall out of 153 countries assessed. Finland took the top spot for the third year in a row, followed by Denmark and Switzerland as the top three countries on the list. Saudi Arabia ranked the second happiest Arab country at 27, followed by Bahrain at 40 and Kuwait in 48th. The least happy countries in the world were Zimbabwe at 151, South Sudan and Afghanistan.

The report also reveals that Abu Dhabi and Dubai are the happiest cities in the Arab world. Inhabitants of 186 cities across the world were assessed for their level of happiness and their general evaluation of their lives in the city for the Cities Happiness Index.

The report emphasized, “The significance of this index is underlined by the fact that half of the world’s population is urban dwellers and live in large cities,”

The results were announced on March 20, 2020 to coincide with International Day of Happiness. This year’s index also included a study that explores the relationship between the UN Sustainable Development Goals and well-being.

The report also revealed an enhancement of happiness levels among people who live near green spaces, highlighting the importance of access to natural, green spaces as a key contributor of happiness and well-being in today’s societies.

“A comparative analysis between nations listed in the World Happiness Index and the Sustainable Development Goals (SDGs) index, showed a direct relationship between efforts to achieve the SDGs and reported happiness levels,” the report said.